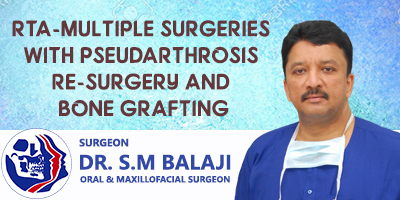 Pseudarthrosis of mandibular fracture after many surgeries post RTA

This patient ended up with a horrific fracture to his mandible after a RTA(Road Traffic Accident). He has had four surgeries elsewhere in attempts to correct this. Reconstruction plates used did not heal the fracture site. Each surgery had only led to further worsening of his condition. He ended up with shortening of his mandible on the left side with associated numbness of lip. There was a 2-inch gap at the fracture site with nonunion of his mandibular fracture. The wound had a chronic infection with formation of granulation tissue.

This had led to pseudarthrosis and asymmetry of his face. The patient was feeling very frustrated and hopeless with his situation. He could not even eat well because of the malocclusion. Determined to do something about this, he turned to the Internet. He did extensive Internet research for the best maxillofacial surgeon. This led him straight to our hospital for surgical correction.

Dr SM Balaji examined the patient and ordered extensive imaging studies. He explained to the patient that he needed bone grafting for his 2-inch mandibular defect. The patient was in agreement with this treatment plan.

After adequate general anesthesia, the preexisting lower archbar was first removed. IMF done with stainless steel wires stabilized the jaws in correct anatomical position. A left sided gingivomucoperiosteal flap was then raised. The flap was then reflected to expose the region of the fracture. There was a 2-inch bony gap with complete nonunion of the fracture. Presence of granulation tissue was also noted. The old titanium plate was then unscrewed and removed. This was next replaced with a thinner new titanium plate. Granulation tissue was then removed. A rib graft was then harvested from the thoracic region. Following this, a Valsalva test demonstrated thoracic patency. This incision was next closed with subcuticular sutures.

Stabilization of the fracture segments

The rib graft was then sectioned to fit into the nonunited fracture site with miniplates. Rib graft pieces were then positioned at the nonunion site and screwed in place. Use of miniplates achieved this. This would ensure complete union of the fractured mandibular bone. The flap was then closed with sutures.

Occlusion reestablished for the patient

Occlusion was then checked and found to be perfect. Intermaxillary fixation was then released. The patient expressed his happiness at the results before discharge.He presented the hospital with a glowing handwritten testimonial about his experience here. 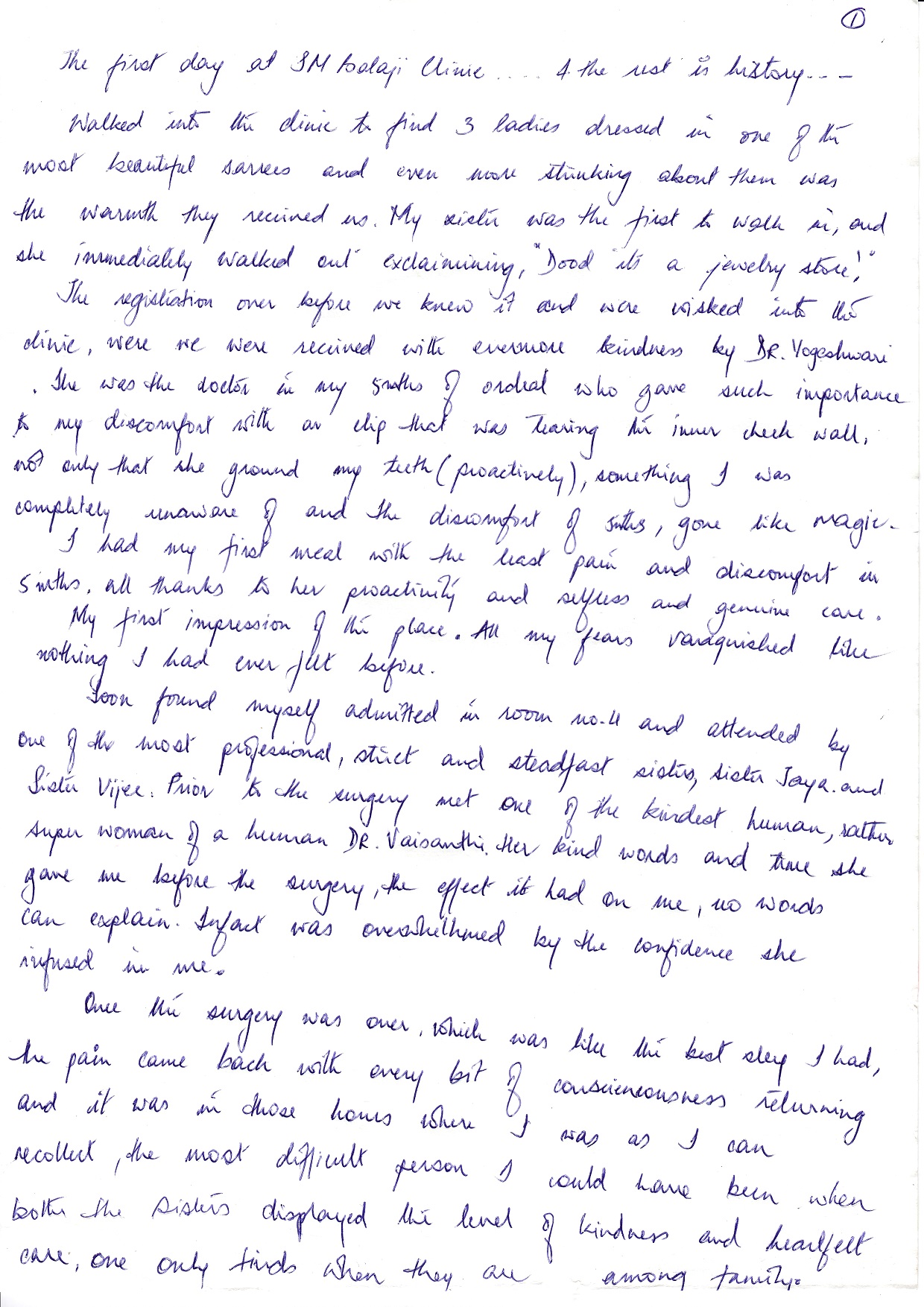 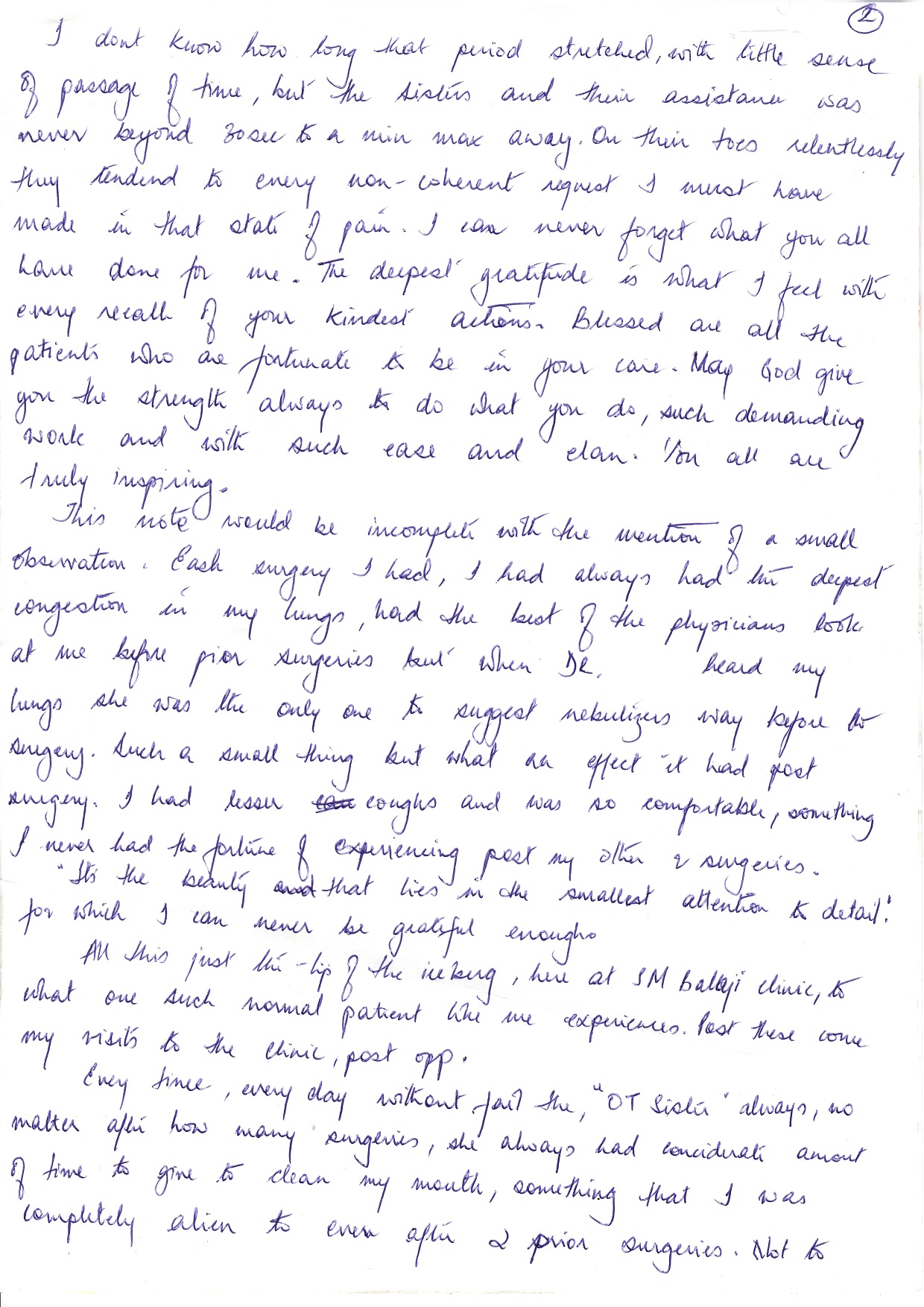 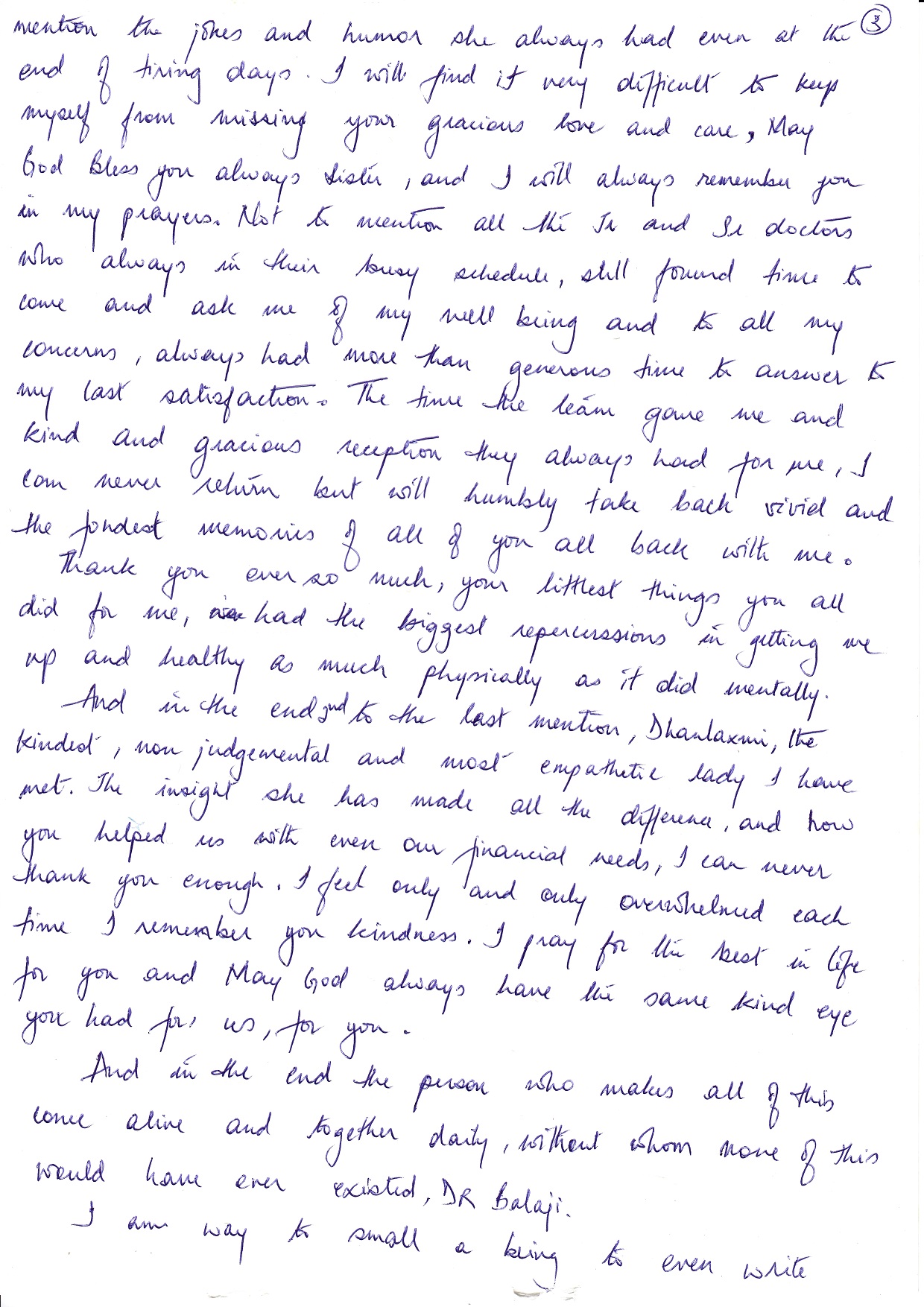 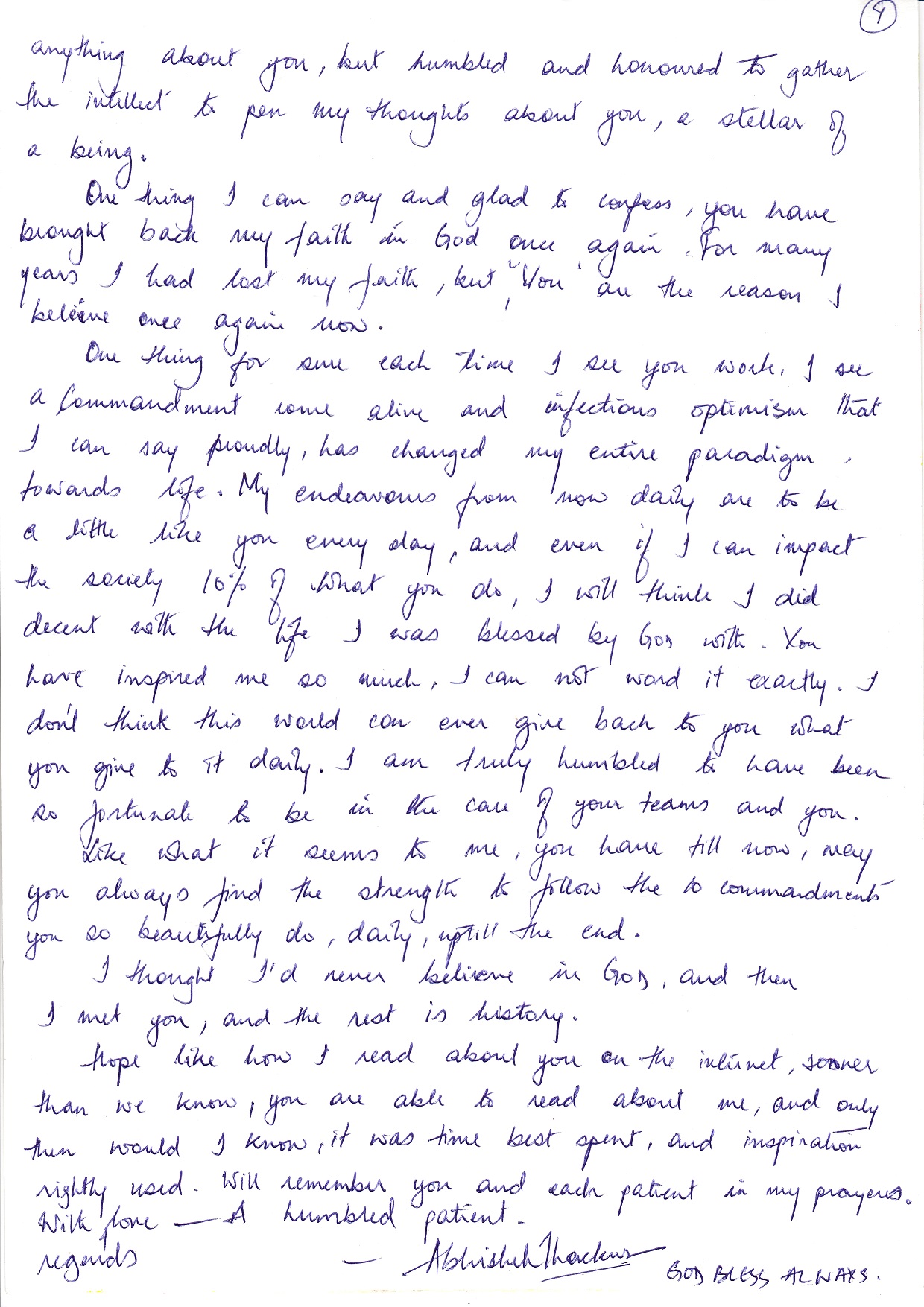