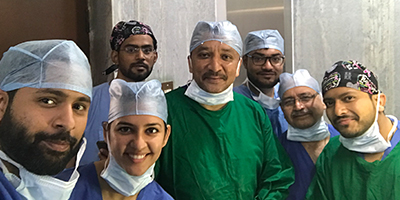 Duration of the workshop was from February 15-18, 2018. Many leading Cranio-Maxillofacial surgeons from around the world participated in this workshop. Prof J N Khanna was the programmed director. The programme coordinator was Dr Rajesh Dhirawani. 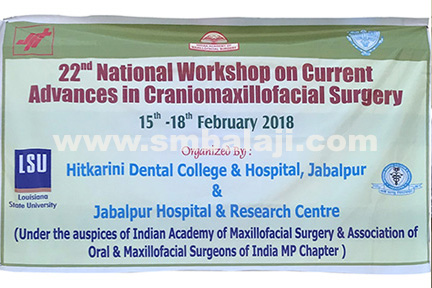 Foreign Faculty at the Workshop 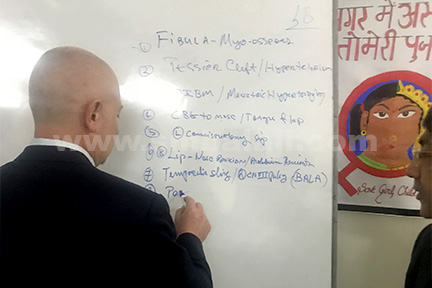 Prof S M Balaji was a key operating faculty at this workshop. His surgery was a case of congenital facial palsy. He taught the audience the finer aspects of the facial reanimation procedure. 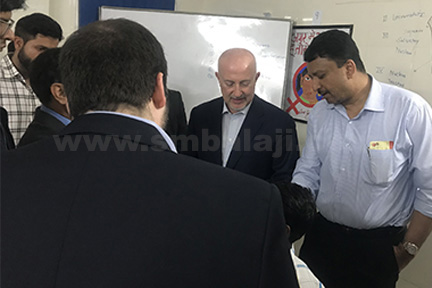 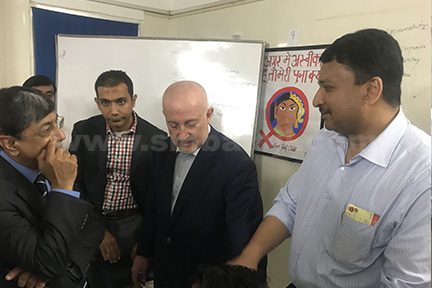 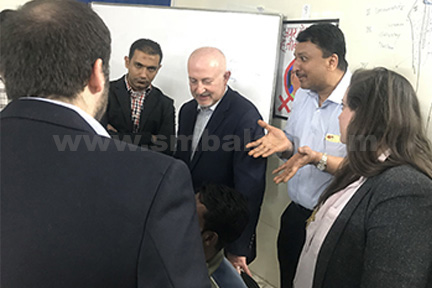 The patient was a middle aged male. He had congenital facial palsy and was facing a lot of health and social issues due to the facial palsy. Due case selection and studies were exacting and precise. Study of all clinical and anatomical factors was the basis of treatment planning. Inference was that a dynamic facial reanimation surgery would provide best results. This would be by means of using a Tensor fascia lata graft along with a partial Tarsorrhaphy. Surgery would join a part of the upper and lower eyelids. This would close the eye to a certain degree. 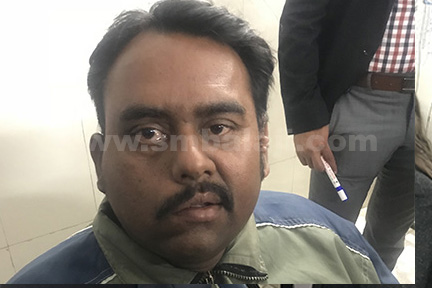 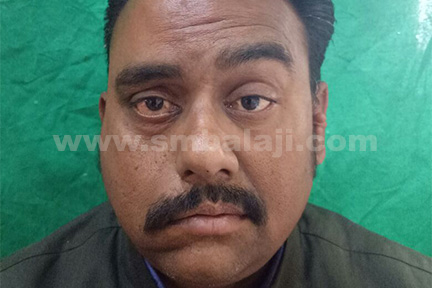 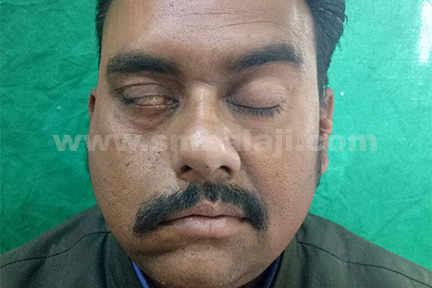 About 200 postgraduates and young oral surgeons presented for the workshop. They were from all over India. The surgery was a live demonstration. There was constant interaction between the surgeons and the audience. Audience would ask questions while the surgery was in progress. The operating faculties would immediately answer them. 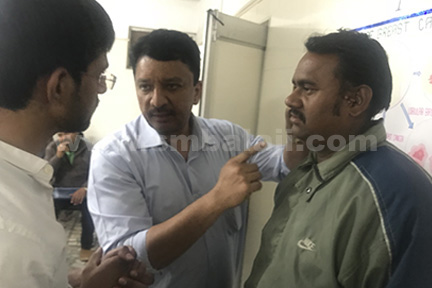 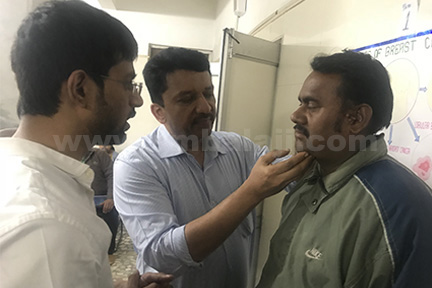 The patient suffered from a congenital lower motor neuron type of paralysis. Planned correct of this condition was via a strip of fascia lata. This was first harvested from the vastus lateralis. Next step of the surgery was by the combined preauricular and intraoral approach. Release of the temporalis from the coronoid process insertion was then performed. This was in the infratemporal region. The zygomatic arch was then cut and pushed down to free the temporalis muscle. Care was then taken to preserve all vital structures such as the parotid duct and gland in this area. Meticulous dissection ensured no damage to the the deep temporal artery and nerve. Through careful manipulation, the lower end of temporalis was then identified. One end of the fascia lata was then attached to it. Access to the modiolus was through a nasolabial incision. Free end of the fascia lata was then split into three parts. The lower part was then connected to the muscles of the lower lip. This was then followed by attaching the middle part to the modiolus and the upper part to the upper lip. 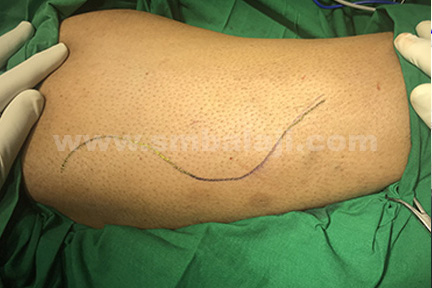 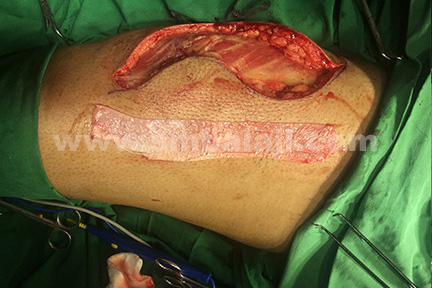 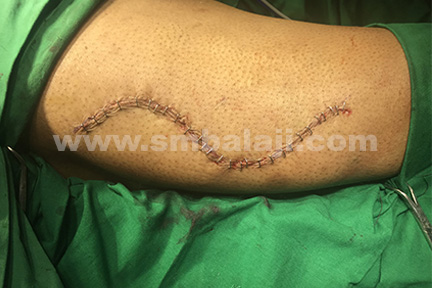 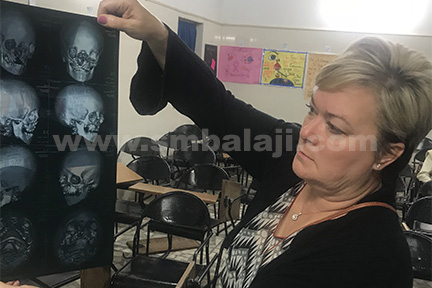 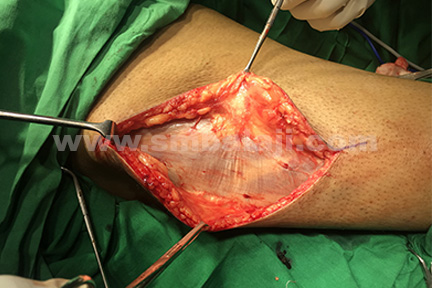 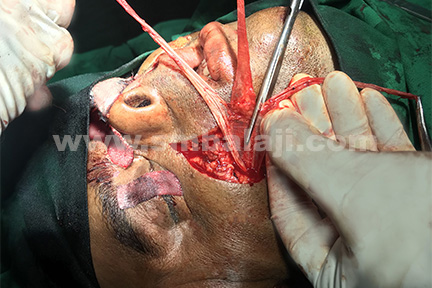 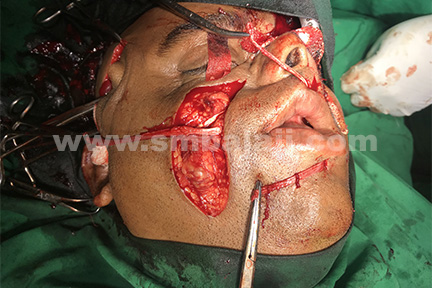 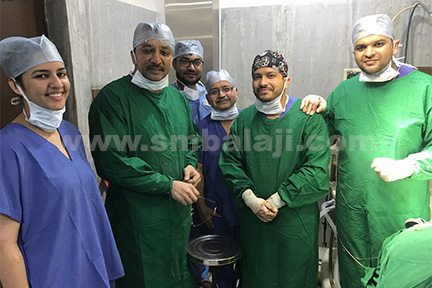 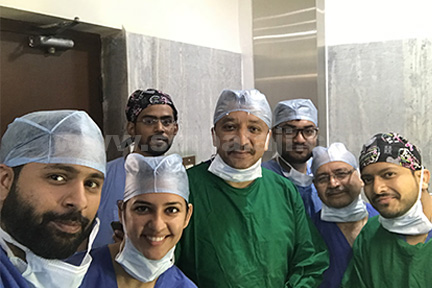 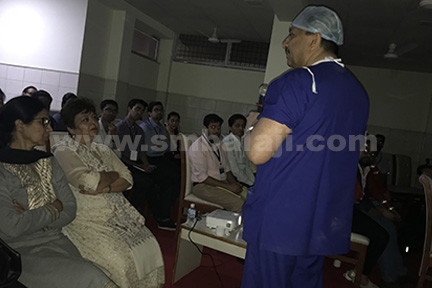 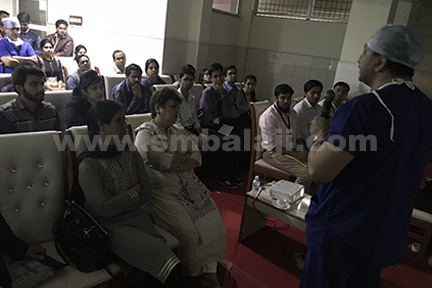 Dr Ghali and Dr Dhirawani giving Dr S M Balaji a warm send off at the end of the workshop. 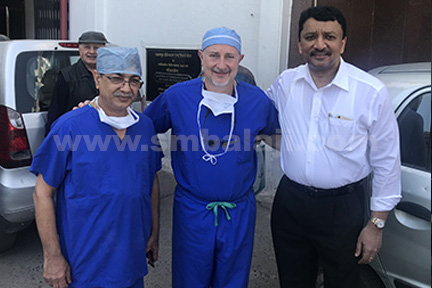