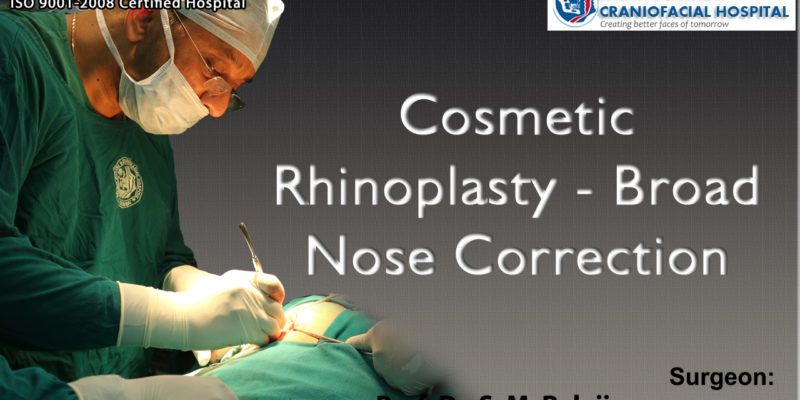 Young patient dissatisfied with the shape of her nose

The patient is a 22-year-old female from Ongole in Andhra Pradesh, India. She had always disliked the shape of her nose. Her dissatisfaction with the shape of her nose has increased lately. She had felt that her nose was too broad for her face and had a blunt tip. There was also an element of difficulty breathing due to nasal obstruction. Her friends too had recommended that she get it corrected through a nose job.

She had presented with her parents at a local cosmetic surgery hospital. The surgeon had examined her and performed detailed biometric analyses. It was explained to them that this could not be performed as an outpatient procedure. He had then referred her to our hospital for correction due to the complexity of the correction. Our hospital is a premier center for cosmetic rhinoplasty in India.

Rhinoplasty procedures performed at our hospital

The shape of the nose varies widely due to differences in the nasal bone shapes and formation of the bridge of the nose. Deviation of the nasal septum is present in most deformities of the nose. Eden Warwick first classified the nose in 1848. Nasal deformities can be broadly classified as broad, narrow, crooked, saddle nose, hook nose, parrot peak etc. Certain birth defects such as Down’s syndrome commonly present a small nose with a flattened nasal bridge. This can be due to the absence of one or both nasal bones, shortened nasal bones or nasal bones that have not fused in the midline

Dr SM Balaji, nasal deformity surgeon, examined the patient in detail and obtained a detailed oral history. He then ordered imaging studies for her nose. She stated that she was worried that her nose looked ugly. This had been an issue with her for a long time now. She had become very self conscious because of this and had started avoiding social functions.

The patient stated that she wanted a narrow and elevated nose with a prominent tip. She said that shape of nose would be in harmony with the rest of her face. Biometric studies were obtained for her face. The best nasal form for her face without compromising function was determined for her face.

Surgical correction of her nose with cosmetic rhinoplasty

Under general anesthesia, a transcartilaginous incision was placed in both nostrils. Bilateral lateral nasal cartilages were partially excised. The lateral nasal cartilages were then sutured together to augment the tip of the nose thereby creating a prominent tip.  Lateral osteotomy was then performed bilaterally. Closure of the incisions was performed intranasally with resorbable sutures.

Complete patient satisfaction from the surgery

Esthetic improvement from the surgery was immediate. The patient expressed her happiness at the result of the surgery. She said that her nose now suited her facial form perfectly. Her breathing function was also at optimum levels.