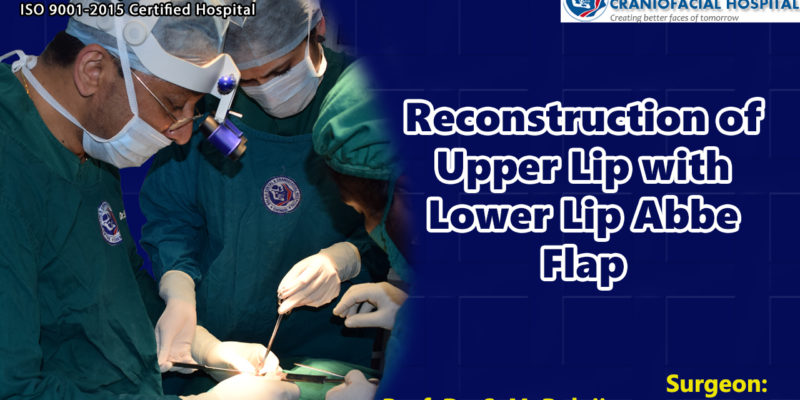 As the patient grew up, her nose began to get progressively deformed and flat. There was also a hypertrophic scar from the cleft lip repair. This detracted from the appearance of her face and she felt self-conscious because of this. Her nasal tip was also flattened. She said that the left side of the face appeared different from the right side of the face.

She began to get constantly bullied at school. This led to a lot of social problems with the patient isolating herself and withdrawing from everyone. She had very few friends in school and rarely went out of the house. The bullying reached the point where the patient refused to go to school.

Her alarmed parents decided to get her condition corrected and approached a local plastic surgeon. Following a detailed examination, the surgeon realized the complexity of the patient’s presentation. He referred the patient to our hospital for correction for facial deformity correction.

Initial presentation at our hospital for treatment planning

Dr SM Balaji, cleft rhinoplasty surgeon, examined the patient and studied all her old case records. She had an obtuse nose with a short prolabium and nearly no columella, which is a typical presentation of bilateral cleft lip and palate patients.

The patient desired to have a normal nose and upper lip. It was advised for her to undergo nose correction through open rhinoplasty through rearrangement of nasal cartilage and lip correction using lower lip Abbe flap technique. Reconstruction of the columella of the nose and the prolabium will also be done using this technique.

The two stages of the surgical procedure

The surgery is usually done in two stages. In the first stage, an incision is placed in the upper lip and the tissue is mobilized to create a new columella. This stage is a columella reconstruction surgery. Nose correction is also done at this stage.

Following this initial procedure, a portion of tissue from the lower lip is transferred to the upper lip with its base still attached to maintain vascularity. This will be used to create the prolabium.

A period of about three weeks is allowed for new blood supply to establish from the upper lip to the tissue transferred from the lower lip. Once adequate vascular supply has been established, the pedicle will be separated from the lower lip. The donor and recipient sites are then sutured. This will enable restoration of normal lip anatomy.

Successful completion of the first stage of surgery

Under general anaesthesia, the first stage of the aforementioned surgical technique was successfully performed. The columella of the nose was successfully created along with the prolabium. Patient will be on a liquid diet for a period of 21 days until division of the flap is done. It was explained to the parents that scrupulous hygiene is very essential during this 21 day period.

Division of the pedicle flap and separation from the lower lip was performed after 21 days. The patient and her parents were very happy with the results of the surgery. They expressed that she will gain more self-confidence from the normal appearance of her lips after the surgery.