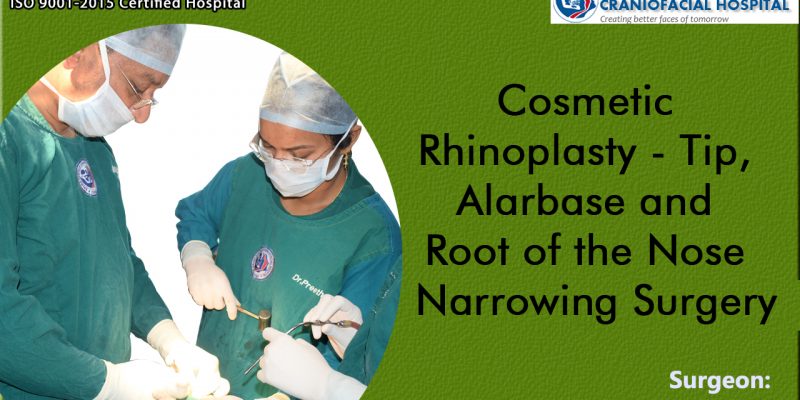 Evolution of nasal forms down the ages

The shape of the nose evolved over millions of years as humanity first spread out from its origins in the African continent. This gradual migration of human beings led them to regions with widely varying climates. Human beings colonized all the continents except for the Arctic and Antarctic. These were too hostile for habitation by humans. Those who migrated to cold regions slowly evolved long thin aquiline noses, which helped heat up the air as it entered the respiratory passages and those who migrated to hot climes evolved broad noses with wide open nostrils that helped cool down the air as it entered the respiratory passages.

These noses also evolved to esthetically suit the facial forms from each region. Therefore, a Chinese nose would not be the best fit for a European face and vice versa. Surgeons also need to keep this in mind before proceeding with cosmetic nose correction and should counsel the patients before surgery.

This is a 24-year-old male from Jodhpur in Rajasthan, India who had always felt self conscious of the shape of his nose. He had always felt that his nose had a very broad base along with a bony hump on the dorsum of the nose. This had lead to him desiring to undergo a nasal hump reduction surgery for a long time. The patient felt that his nose was too big for his face and this had subsequently led to the patient avoiding social interactions at work and at home.

He had visited a plastic surgeon at his hometown who had advised an open rhinoplasty for the patient. The patient however did not undergo the recommended surgery as it would result in a visible scar on his face. He then visited a cosmetic surgeon who had examined the patient and had referred him to our hospital for surgical management. Our hospital is renowned for rhinoplasty surgery in India. Our hospital is a premier centre for facial cosmetic surgery in India.

Plastic surgery in India has increased greatly and is sought after by many patients for cosmetic correction. There was a time in the past when cosmetic surgery was very expensive and only the rich and the famous could afford it; however, with the rising income levels in the country after opening up of the economy to direct foreign investment, the number of people opting for cosmetic surgery has vastly increased.

Board certified cosmetic surgeons perform this procedure in western countries. A deviated nasal septum is also corrected through rhinoplasty surgery and can result in subtle nose reshaping. Hump removal can drastically improve the profile of the face.

Patient presents to our hospital for initial consultation

Dr SM Balaji, rhinoplasty surgeon, examined the patient thoroughly and obtained a detailed history. Our hospital is one of the renowned centres for nose surgery or ‘nose job’ in India. This falls under the purview of facial plastic surgery.

The patient explained that he was dissatisfied with the appearance of his nose and wanted correction of the same. He said that he did not want any visible scarring from the surgery. Following this, detailed biometric measurements were then obtained for the patient’s face along with complete radiographic evaluation.

Surgical correction of his nasal structure

General anaesthesia was induced and orotracheal intubation was done. Following this, through an intranasal approach, transcartilaginous incisions were placed on both sides and the nasal mucosa was dissected. The lateral cruces of the lower lateral cartilages were excised bilaterally for aesthetic correction of his nose. The nasal mucosa was then dissected up to the dorsum of the nose.

His nasal hump deformity on the dorsum of the nasal bone was then rasped and the nasal bridge was given a straight profile. Following correction of his nasal hump deformity, bilateral Weir excisions were performed at the alar base. The wide alar base was then reduced to narrow the root of the nose. Closure was the incisions were then done using resorbable sutures. The patient was then extubated without incident.

Patient fully satisfied with the outcome of his surgery

Postsurgical swelling subsided in two weeks and the patient returned for a check up. He expressed complete satisfaction at the results of the surgery and said that the nasal form was perfect and that this would help him regain his self confidence.