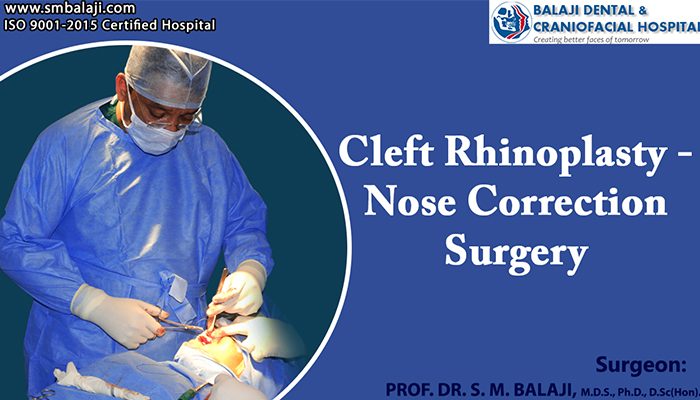 The nose is the most prominent feature in the human face. Evolution down the ages had resulted in a wide variation to human facial features. This ranges from the color of the skin to the shape of the nose or the shape of the chin being different although the DNA is the same.

Environmental factors, diet and a few other factors had influenced this. For example, people from very cold places that received very little sunlight developed light skin and aquiline noses. This served an evolutionary function as less body heat was lost through lighter skin and passage of cold air breathed in through long noses resulted in adequate humidification and warming up of the air as it passed into the trachea.

Functional rhinoplasty is performed when the patient is having problems with breathing or if the deformity of the nose is to a degree that it is affecting their normal functioning in society. This can range from anything from a deviated nasal septum to reconstruction of the nose affected by a cleft lip deformity. A functional rhinoplasty correction also invariably results in improvement in the cosmetic appearance of the nose.

Cosmetic rhinoplasty is performed when the patient has no functional difficulties, but is simply dissatisfied with the appearance of the nose. This is a completely elective procedure and is performed by either plastic surgeons or oral and maxillofacial surgeons. Surgeons from both these specialties undergo years of extensive training in this procedure.

The patient is a young woman from Jharkhand who had undergone repair of her cleft lip and palate as an infant. She had however always had a nasal deformity with a flattened bridge of the nose and a collapsed columella. She had also had nasal breathing problems and snoring during sleep. She desired to undergo cosmetic surgery by a facial plastic surgeon to correct this. This variety of plastic surgery is also performed by oral and maxillofacial surgeons.

Cleft rhinoplasty elsewhere with unsatisfactory results from the surgery

She underwent a rhinoplasty elsewhere two years ago, but was very unhappy with the results of the previous rhinoplasty. She felt that the bone grafting to augment the bridge of her nose was too bulky and her breathing difficulties had worsened. Bone grafting had also been performed to a bony deficiency in the left anterior alveolar region.

Patient referred to our hospital for revision rhinoplasty surgery

It is only board certified oral and maxillofacial surgeons who perform this surgery in developed countries like the US, UK, Germany and Japan. The nasal bones could have been deformed by the previous surgery. Formation of excess scar tissue could cause this sort of deformity. The nose had to be brought into perfect alignment with the facial features.

Initial examination and treatment planning of the patient

They presented for consultation with Dr SM Balaji, rhinoplasty specialist, who examined the patient and ordered imaging studies. This revealed that the patient had a collapsed columella and the graft at the augmented bridge of the nose had shifted. Merits of an open rhinoplasty versus closed rhinoplasty were considered for the patient. He explained to the patient and the parents that he needed to harvest new bone grafts to correct this deformity. The patient and her parents were in agreement with the treatment plan and consented to surgery.

Under general anesthesia, an incision was made through the old scar from the site of the previous bone graft. Two costochondral rib grafts were harvested and a Valsalva maneuver was performed to ensure patency of the thoracic cavity. The incision was closed in layers after confirming this.

Attention was next turned to the revision cleft rhinoplasty nose surgery. A vestibular incision was made in the anterior maxilla and the bone graft used to augment the bony depression in the anterior maxilla was exposed. The titanium screw used to fix the screw was removed and the region was further augmented with a rib graft shaped to fill the bony depression in the region.

Attention was next turned to the revision rhinoplasty portion of the procedure. The costochondral grafts were contoured to the correct shape. The previously placed rib graft was removed. An intranasal incision was then made and a graft was tunneled in to give perfect form to the bridge of the nose.

The second costochondral rib graft was then used as a strut graft to raise up the collapsed columella. This was tunneled into the columella through an intraoral approach and secured in place with sutures. This gave perfect form and symmetry to the nose.

The vestibular incision was then closed with sutures and the patient extubated from general anesthesia. Patient and her parents expressed complete satisfaction at the results from the surgery before final discharge from the hospital.